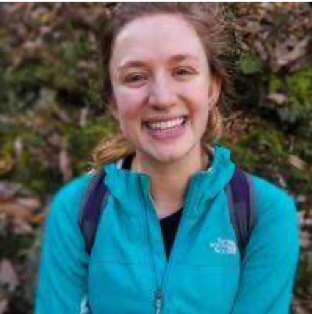 Hope Thomson is a recent MPH graduate from the UNC Gillings School of Global Public Health. She is currently a Graduate Research Assistant with the NC Policy Collaboratory.

I threw the car in gear, racing through sheets of rain back to the music festival. I had left my friends asleep in their tents to attend a family wedding, and in my absence, Hurricane Matthew had descended. Everything – pillows, sleeping bags, clothing, food supply, festival-goers – was soaked. A Bojangles tailgate special and running the dryer for a few hours set us straight — but the rest of North Carolina didn’t share our luck. Hurricane Matthew caused over $10 billion in damage across the state, and in the
years that followed, Florence, Dorian and other intense weather events would add over $25 billion to the tally of damages, a large proportion stemming from flooding.

In response to these events, the North Carolina General Assembly (NCGA) passed a disaster recovery bill (Senate bill 429, Session Law 2019-224) in 2019, with one of the provisions charging the North Carolina Policy Collaboratory to “to study flooding and resiliency against future storms in Eastern North Carolina and to develop an implementation plan with recommendations.” Under the direction of the Collaboratory and Dr. Michael Piehler at the UNC Institute for the Environment, research teams began
utilizing the $2 million allocation to investigate modern flood modeling and specialized mitigation strategies that could minimize flood damages in the future.

(The full suite of resiliency projects, all worth a blog post on their own, can be found at the Collaboratory website).

Dr. Gregory Characklis and the Center on Financial Risk in Environmental Systems focused on the financial risk resulting from flood damages to eastern North Carolina homes. Homeownership is an attractive financial investment, but the long payment period of a mortgage allows for unexpected shocks – such as loss of income – to threaten its stability. The research team focused on two impacts of floods on a home- direct damages and changes in property value – as potential triggers for mortgage defaults and home abandonments to assign financial risk from the flood to the federal government, the homeowner, the mortgage lender, or the local government.

To illustrate, imagine a new homeowner living near the NC coast. They’ve paid $35,000 of their mortgage so far and like most folks in North Carolina, they don’t have federal flood insurance. A hurricane slowly rolls through their town in September, dumping rain and causing $70,000 of flood damages to their home. With no insurance, they can try to borrow more money on top of their mortgage for repairs but are ultimately unable to secure another large loan. They default on their mortgage and are forced to move out.

Their mortgage lender takes responsibility for the home and starts the process of “flipping” it – repairing damages and reselling it on the market to make up for lost mortgage payments. However, the property values in the neighborhood have tanked after the storm since almost the entire block was flooded significantly. With an estimated property value of only $60,000, the mortgage lender would flip the house at a loss of $10,000.

The house is abandoned. It sits empty with the other flood-damaged houses on its street. Hoping to avoid safety hazards and further negative impact to the rest of the neighborhood, the town pays $15,000 to have it demolished, and similar costs for each of its abandoned neighbors.

That’s one hypothetical homeowner. For homeowners with flood insurance, financial risk could reside with the federal government, while those able to secure a loan to repair low-level damages would retain their risk themselves. Mortgage lenders might be able to flip properties without heavy damage or large property value dips, preserving the local government from financial responsibility at the end of the road.

Understanding how the risk of each home rolls through this process, and how collective risk is distributed through a region can inform strategies of how to manage these potential financial shocks.

The financial risk project team modeled these outcomes for residential homes affected by Hurricane Florence in eastern North Carolina counties within the Neuse river basin. Using highly resolved datasets, the team made estimations of uninsured damages, property value changes, and mortgage balances (equity and amount remaining to pay) at the parcel level. Comparison of these values passed the financial responsibility of a flood-affected home through the potential process described above,
ultimately assigning the financial risk to one of the four risk holders.

The research team found in this initial study area that while homeowners retained about 45% of the risk, the federal government and the local governments each held about 20% and mortgage lenders retain over 10%. Lack of recognition of these risks in mortgage lending pools, municipal budgets, or state- and federal-level disaster relief funding could pose significant challenges to the risk holders, especially with the anticipation of increased and higher severity storms in the coming decades.

One recommendation for managing this risk was for the state to incentivize federal flood insurance to homeowners. The National Flood Insurance Program (NFIP) is the primary mechanism for recovery from flood damages, and it could serve as a stopgap measure to halt the cascade of risk towards other risk holders. Work done by Dr. Characklis, the financial risk team, and the rest of the Collaboratory’s flood resilience teams provides valuable insight to policymakers seeking to protect North Carolina from future flood events and their downstream impacts.

Though human systems such as the housing market are usually viewed as independent from natural systems and natural disasters, work done by the flooding resilience teams demonstrates that protection of these connections is essential for building robust resiliency measures in North Carolina.

The entire study report on Financial Risk of Flood Events in Eastern North Carolina can be found here:
https://collaboratory.unc.edu/current-projects/flood-resilience/